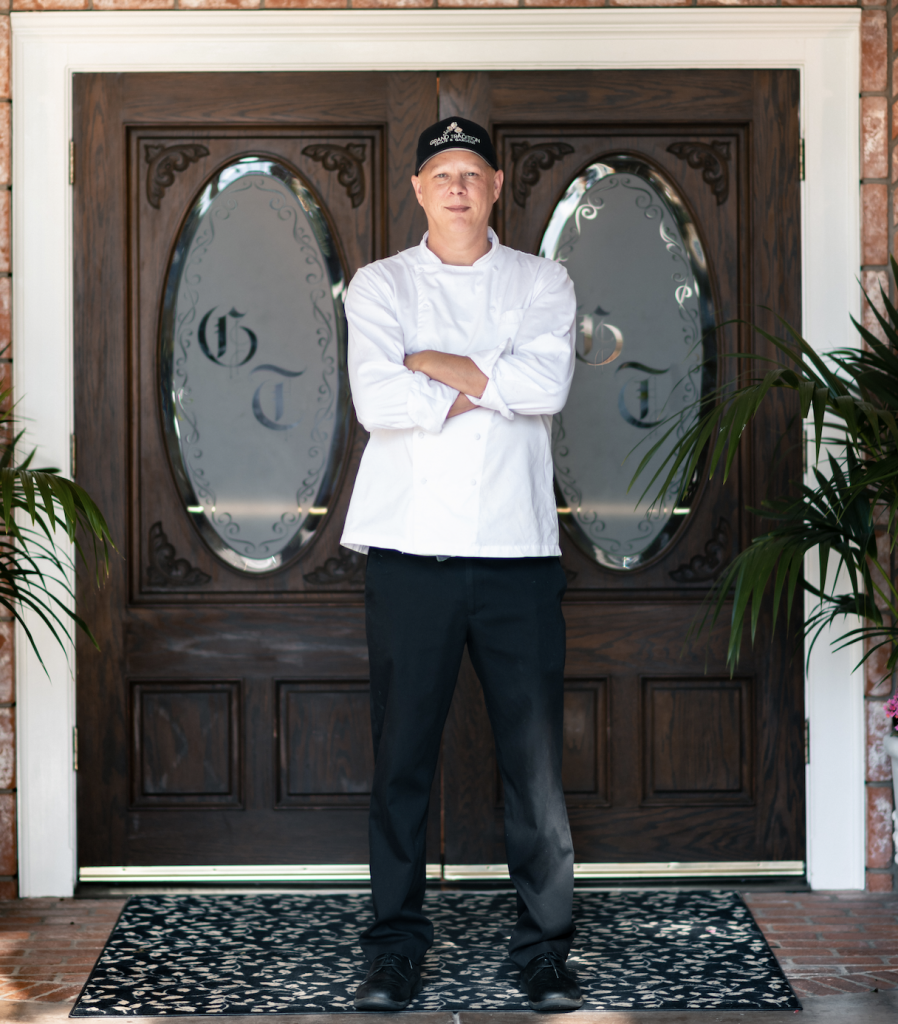 “A graduate from the prestigious New York Culinary Institute of America, Mr. Elliott has been sharing his creative culinary experience for over 25 years”, says Grand Tradition CEO, Don McDougal. “We’re elated to now have Karl leading our culinary team.  Karl has worked in some of the world’s top kitchens. He truly brings a new “All World” flare to Grand Tradition’s wedding menu.  We’re grateful to have Karl innovating one of the single most important aspects of every couple’s special day.”

Elliott’s inspiration started as a young child living in Porterville, CA.  “Growing up, I spent a lot of time with my grandmother who loved to cook. She had a beautiful garden and used all homegrown produce in her home cooked meals.  She was an amazing woman and took a lot of pride in her cooking. I admired her greatly. She’s a very big reason why I have such a passion for the culinary arts”, says Mr. Elliott.

Throughout his career, Elliott worked in all parts of the kitchen.  Like most chefs, he started from the bottom and worked his way up.  Elliott earned his way into fine dining kitchens such as, Alain Ducasse’s The Essex House in New York City, and Thomas Keller’s The French Laundry in Napa Valley.  He eventually moved on to become regional chef for the worldwide company, Sodexo.  During a recent fundraising competition, Elliott was awarded the “Top Sustainable Seafood Dish” from the James Beard Foundation.  The judges chose Elliot’s Blackened Pacific Cod Loin Verde with Tomato Watercress Salad as the winning dish. 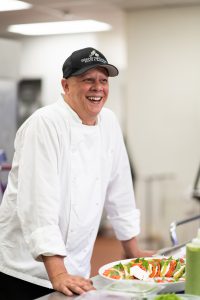 Just before arriving at Grand Tradition, Elliott worked as a private chef for various Yacht owners in Newport Beach.  His ability to cook anything on demand was quickly learned.  “While yachting with the rich and famous through various seas around the world, I discovered an array of new flavors and spices.  This cultural discovering enhanced my ability to create fusion infused dishes with an ethnic flare, which I’m very excited to put on display with Grand Tradition’s new menu release”, says Mr. Elliott.

Being head chef for a venue that hosts over 300 weddings per year calls for working under extreme pressure”, says CEO Mr. McDougal.  “We brought Karl on for his extraordinary culinary passion and ability to work under high stakes, along with his confidence to create any dish without question.”

When asked what his favorite part of the job is, Elliott replied, “The challenge of executing each plate perfectly on such a large scale.  When I know that has been achieved…it’s truly satisfying!”

His confidence, experience and background are exactly what the venue has been looking for.  Grand Tradition is thrilled with the changes Elliott has made thus far.  General Manager, Kevin Haagenson states, “We are extremely excited to see the reaction of our couples when they taste the new menu. We are honored to call him our Executive Chef.”

Without taking the tradition out of Grand Tradition, Elliott has managed to modernize the menu while adding an assortment of tasteful, ethnic infused dishes.  To the lucky brides and grooms of Grand Tradition Estate & Gardens, our dedicated team says, “Bon Appétit!”